'Tis The Season To Be Jolly (Not)

'Tis the season to be jolly (not). So goes the gospel according to L, who’s just bought her first Christmas present. This is very slack of her because I bought my first one yesterday. This means I’m about two weeks ahead of schedule, although I’m not sure where my next one is coming from.

Pacesetters events send me their fixture list of Triathlons for next season. Why are they sending this information to me?

It’s also not the season to be jolly in Derby. Derby Playhouse has been closed by its board because it’s losing money. Oddly this has been done just at the start of the profitable Christmas run which would have helped to reduce its debt. The Playhouse had already sold out many of its performances of Treasure Island.

The board even mistakenly put it in to Liquidation before realising that Administration was the correct option. Unfortunately they won’t sell it to a private owner who would undoubtedly turn it into a profitable business and many are interested. The council will say that private ownership would not benefit the good people of Derby where of course a shut theatre does! 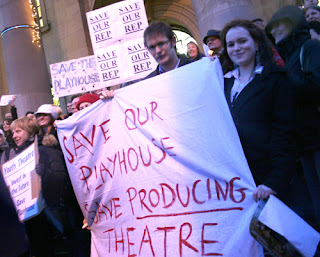 This type of thing only happens in Derby. Well... or in Nottingham too I suppose, which is the city that takes 18 months to re-slab an area no bigger than a football pitch or perhaps it’s just anywhere a council is involved.