I don’t wake up with a Santa but something better dressed, in a vest. Later we run around the pond and park with Doggo. L does the whole distance; she may regret this later.

I forget that Derby are playing as we have an obscure 2pm kick off. I turn the radio on to find that Derby are winning 2-1 at Newcastle. It doesn't last and we concede a late equaliser but things do seem to be looking up slightly.

We drop the kids off in Derby because they are away for a whole three days over Xmas. How will we amuse ourselves? L is kitted out in a skirt again, which helps me think of a few ideas.

After we've disposed of the kids, we do some Santa-ing ourselves and drop some presents off. In the evening we head off to Broadway again.

One way of making a biography different is to never mention the name of the subject. Another way I suppose is to cast six different people in the lead role. This is what Todd Haynes does with tonight's film 'I’m Not There', a portrait of sorts of Bob Dylan. This was a hard review to write because I am not a Bob Dylan expert, I'm not even a fan, but here goes.

Some of names of the leads come from the inspirations in Dylan's life, so we get the poet Arthur Rimbaud (Ben Whishaw) who links the film. We get the young 'black' folk singer Woody Guthrie (Marcus Carl Franklin) indicating his early life where Dylan went around claiming to be different people, from different places and invented friendships.

Then we get his early folk career, Jack Rollins (Christian Bale), when Dylan first made his name and also became political. Julianne Moore plays Alice, who is possibly Joan Baez. Dylan though wants to move on, his band plays at a New England Jazz Festival and machine guns the audience. So Jack disappears and in his place we get Robbie Clark (Heath Ledger), Clark is an actor who played him in a film. He is the more homely face of Dylan and marries Claire (Charlotte Gainsbourg), aka Sara Dylan. When their turbulent marriage ends, we get the divorce settlement being mirrored with the signing of the Vietnam ceasefire. 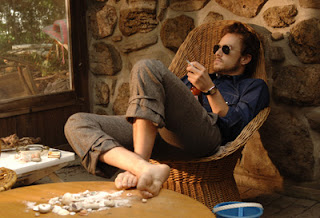 Meanwhile Dylan the artist, re-emerges as Jude Quinn (Cate Blanchett) but his audience feels betrayed as he shifts his sound from folk to rock. This Dylan goes on to be even more famous but continues to be misunderstood, particularly by the British TV journalist Mr. Jones which evolves into a particularly brilliant scene. 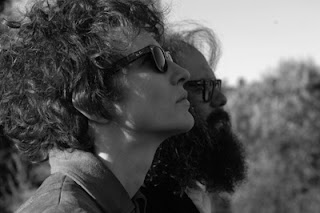 Later Dylan is reborn as Pastor John and is now signing gospel.

Finally we get him as a recluse; Billy The Kid (Richard Gere) in a Western Town called Riddle, a nod to his 1973 album (Pat Garrett and Billy the Kid). The threatened destruction of the town causes him to meet his public again.

It's a surreal film, disjointed at times but towards the end, all the different characters begin to come together. There's some top acting and throughout the music is excellent, mainly Dylan originals but also including some covers by the likes of Iggy Pop and Sonic Youth.

The films called 'I'm Not There' and he isn't. The film itself is a jigsaw where the pieces never quite fit together but this I suppose was Dylan's life. It would be out of character for Dylan to let anyone try and define his life, so he hasn't.

L thought it portrayed Dylan in a bad light but I think it depends on your opinion of him in the first place. I started indifferent and came out the cinema still feeling indifferent but I thoroughly enjoyed the two and quarter hours in between. I assume his life was just this mishmash of lies, childishness, and arrogance, alongside his undoubted musical genius. The more I think about this film and the more I read up on it, the clever I think it was.

At the start and end there are images of Dylan 'dying' and scenes of his motorcycle accident in 1966 yet he is still very much alive, and still performing. Perhaps it is saying he would rather have died, which would have embellished the mystery of the man even more.

An AF night and Spam curry to round it off.
Posted by FitForNothing at Sunday, December 23, 2007